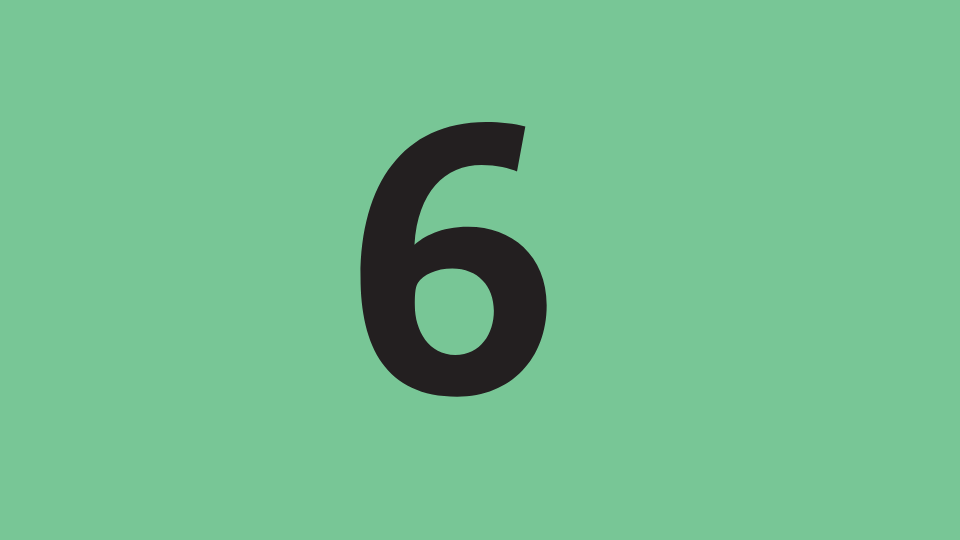 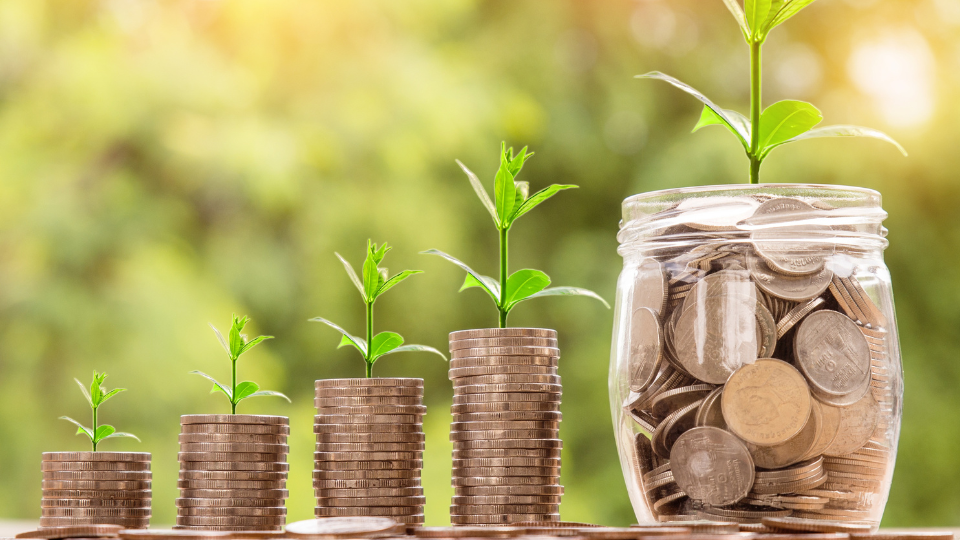 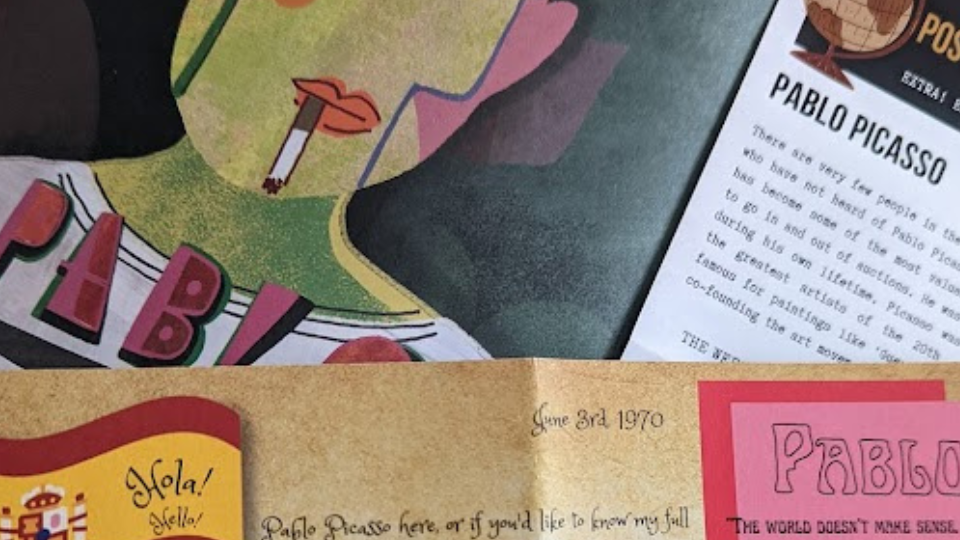 The children both love to read and have stories read to them and, much to my delight, they are both fans of traditional stories such as the three little pigs. Last week, whilst we were doing some of our farm and food based learning Mr D asked if we could learn about the three little pigs.

We did do some stuff on this a long time ago which I blogged about here so I dug out the various bits and pieces I had from that and came up with some other ideas. 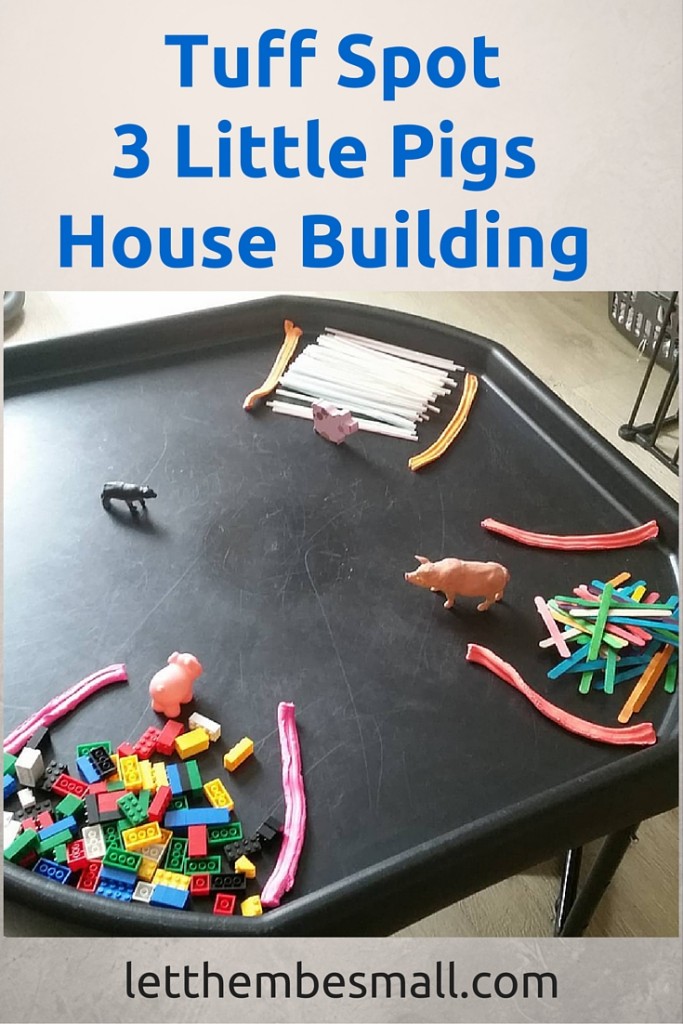 First of all we played Three little pigs board game – this is superb game and the children loved it! We happened to have three pigs toys so we used those as our counters. I also laminated the bits and pieces for the houses and added these velcro dots

to the pieces – I use these loads and they are great for activities such at this. The children had lots of fun and board games are a great way to embed counting skills. Miss E is beginning to show an interest in counting so I like these sorts of activities. 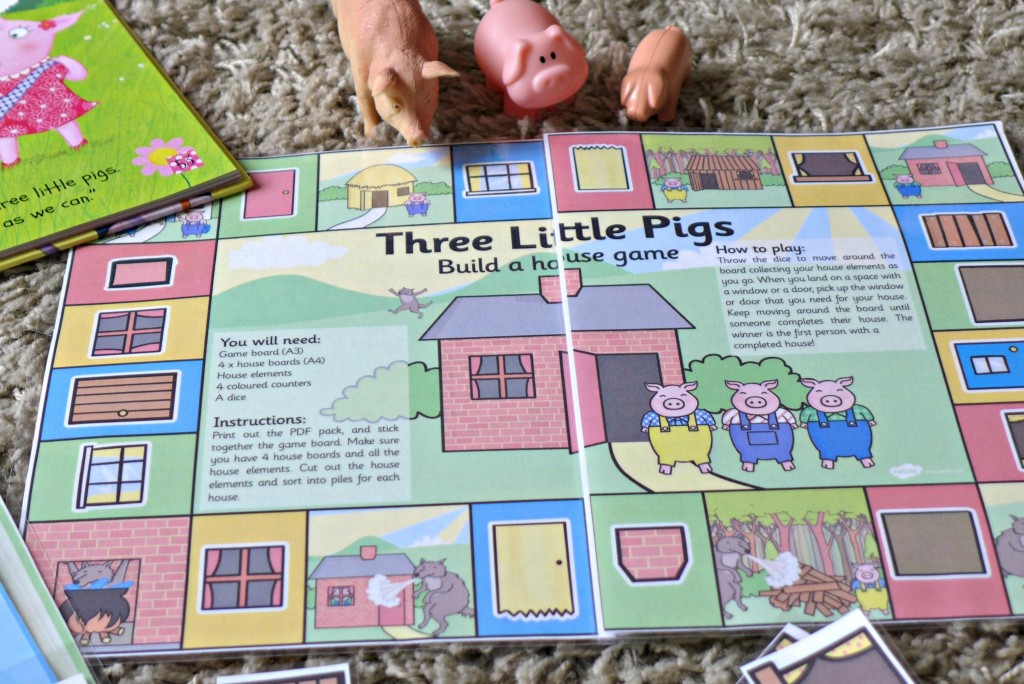 We then moved on to reading the story of the three little pigs. We have a few versions so we enjoyed those with lots of role playing for the wolf. I then dug out the story sequencing cards that I used last year with Mr D and listened as they both talked through the pictures together. I love these as an activity as the children seem to enjoy it but it also gives me a good idea of how much they have understood from the story and taken in.

Miss E enjoys these matching games and I have a couple of these printed and laminated up for them to use. Mr D is less interested in these now as they’re just too simple for him, so he set about doing a counting sheet instead. He is reluctant to try to write the numbers himself so he counts and asks me to write the numbers in for him. He finally seems to have cracked his counting and is pretty reliable in counting to ten and recognizing the numbers. He is also increasingly interested in larger numbers and adding numbers together.

Yesterday I set up a tuff spot activity for them to do. We built the three houses and then blew them down. I set this activity up and pretty much left them up to it.

I set up three areas, one with drinking straws and a strip of modelling clay (I used this from Baker Ross), another with craft sticks and modelling clay and a final area with with lego bricks. The children knew what to do straight away and it was interesting to watch them set to work. I gave Mr D his scissors and he was so thrilled to be able to cut the straws. He struggles a little with scissors and cutting but this was a great activity to give him a little confidence in this area. He set about cutting the straws up whilst Miss E pushed them into the clay. They asked for my help in putting the pig inside the house and adding a roof. We did this by resting a sheet of paper over the straws then resting straws on top of that.

We then moved on to the stick house. This time they set up the modelling clay base themselves and stuck the sticks in. Mr D got bored of this one quickly but Miss E had great fun doing this house and asked me to add the roof (paper) again so she could lay the sticks across the top. It was interesting to watch them working together on this stick house. 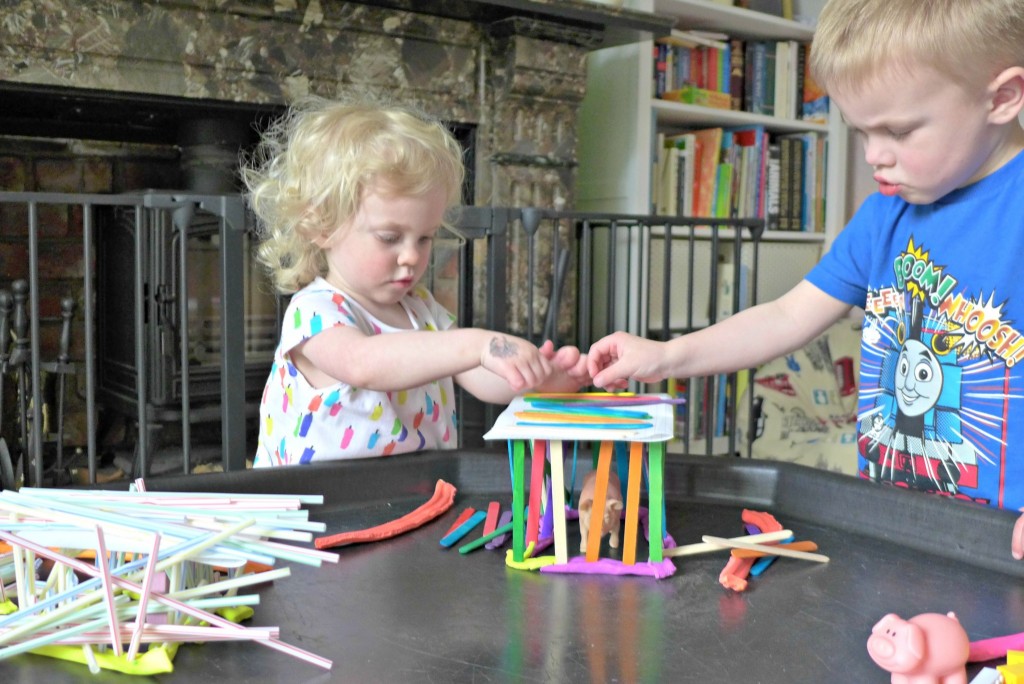 Finally they moved onto the brick house and it was interesting to see Mr D want to build the chimney (which of course the wolf falls down and into the boiling water!). We don’t yet have a base plate for the lego so they built the pieces up and positioned them around the pig to make a house. 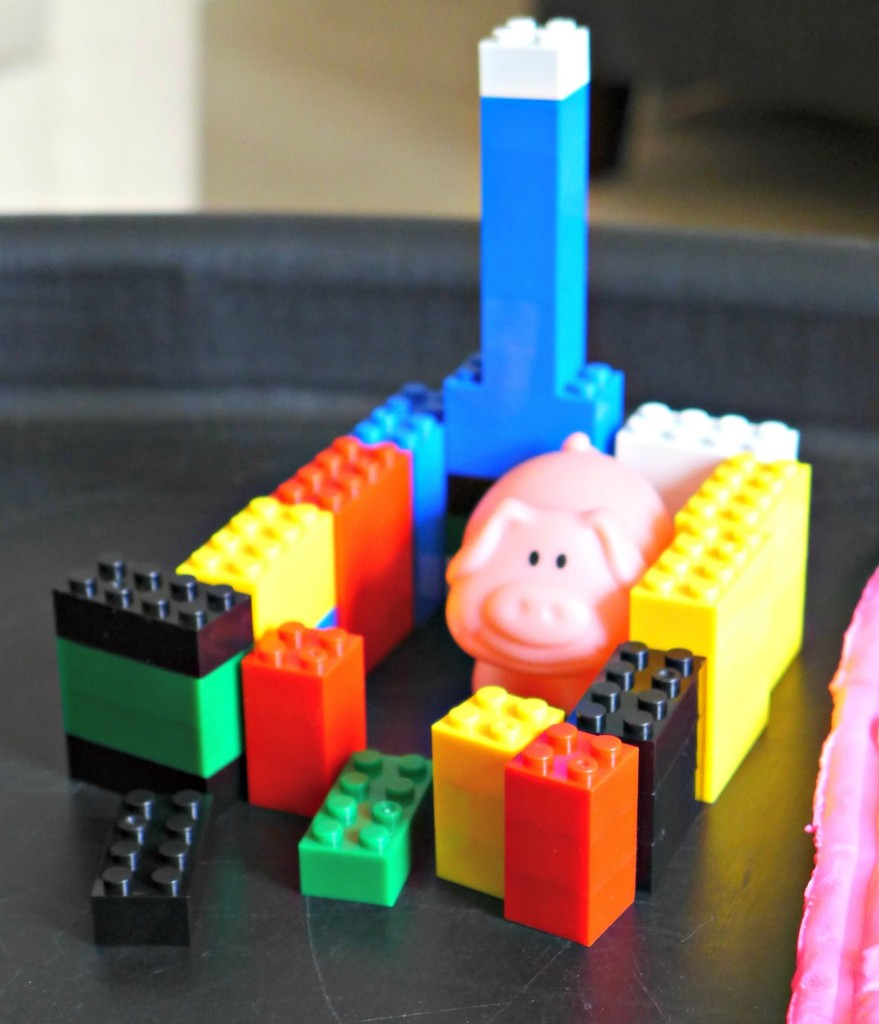 Lego is great for them in terms of developing the skills in their hands and manipulating the pieces. Miss E struggles to separate the piece but she enjoyed pushing them together to create the house. The green brick at the front is the door, or so they tell me! 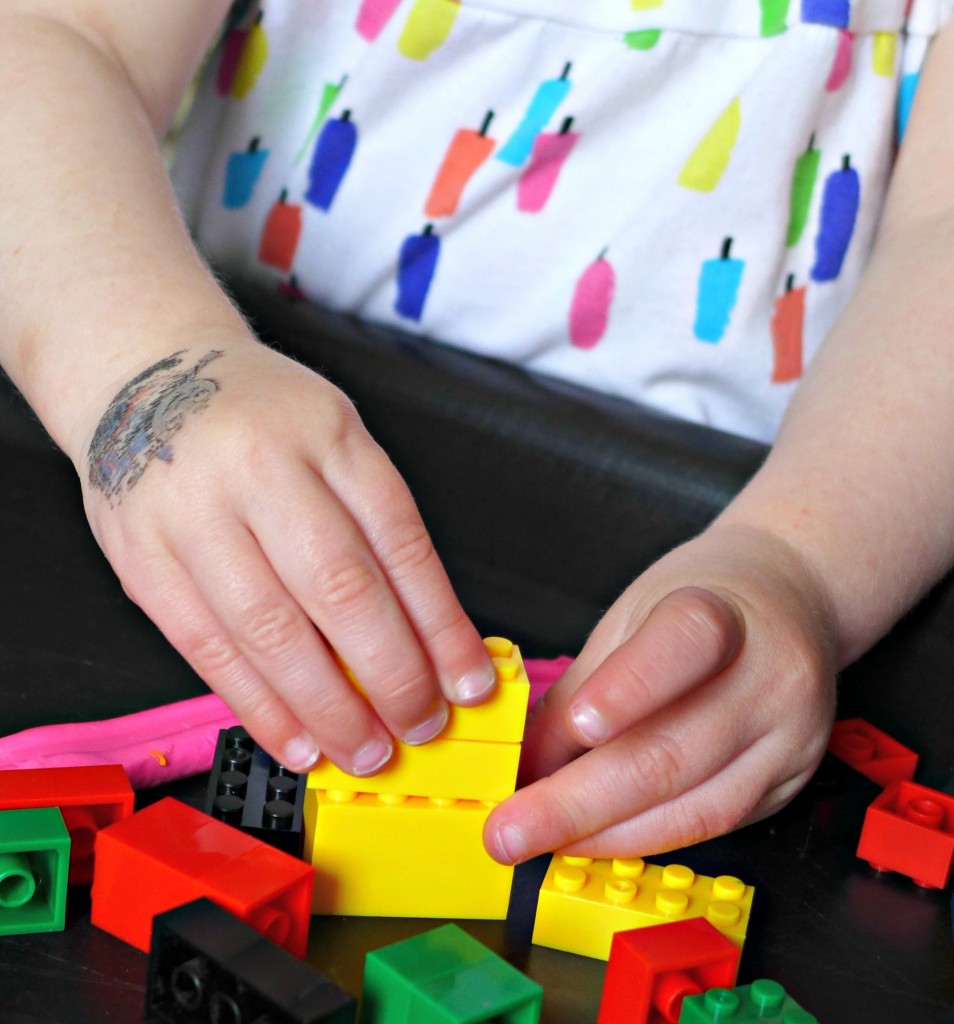 The final part was to blow the houses down! We did this using my hair dryer. The children had great fun moving the toy wolf to each house and blowing it down with the hairdryer. They then spent ages rebuilding them and blowing them down themselves. 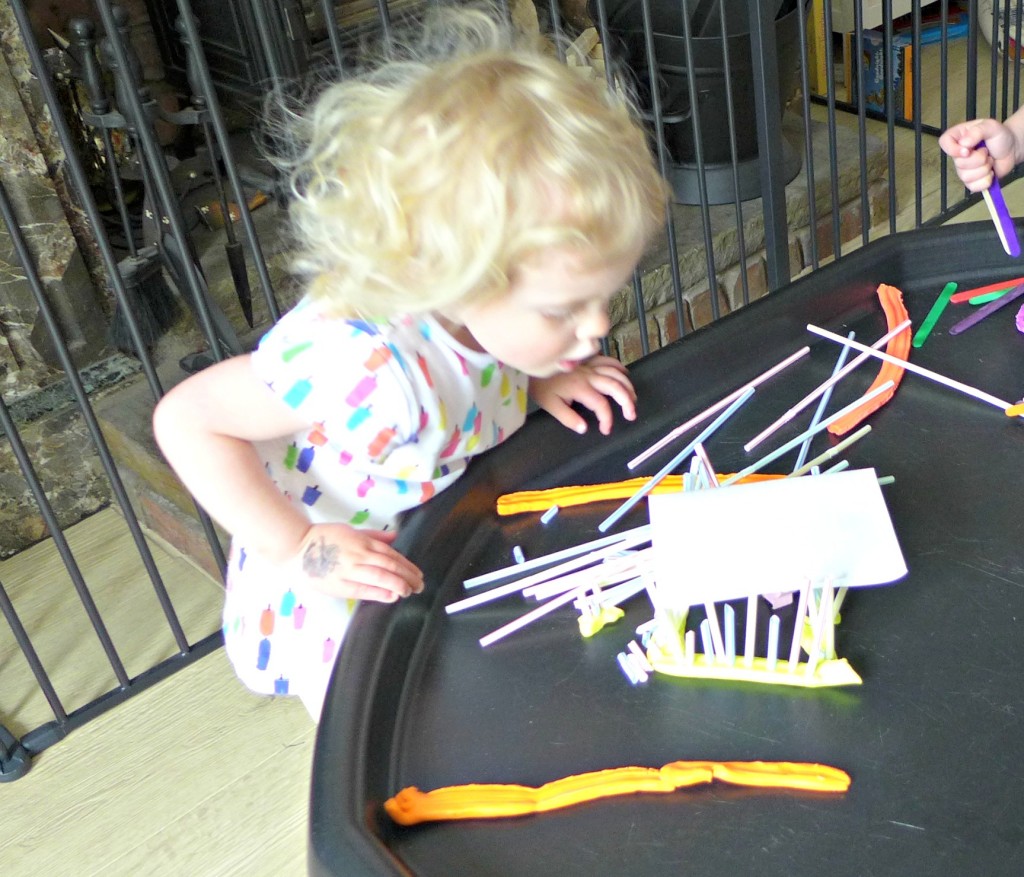 This was such a quick and easy tuff spot to set up but they have had great fun playing with it and has so many wonderful elements to it, fine motor skills, STEM and engineering skills, manipulation, counting etc.

The resources I used for this included: